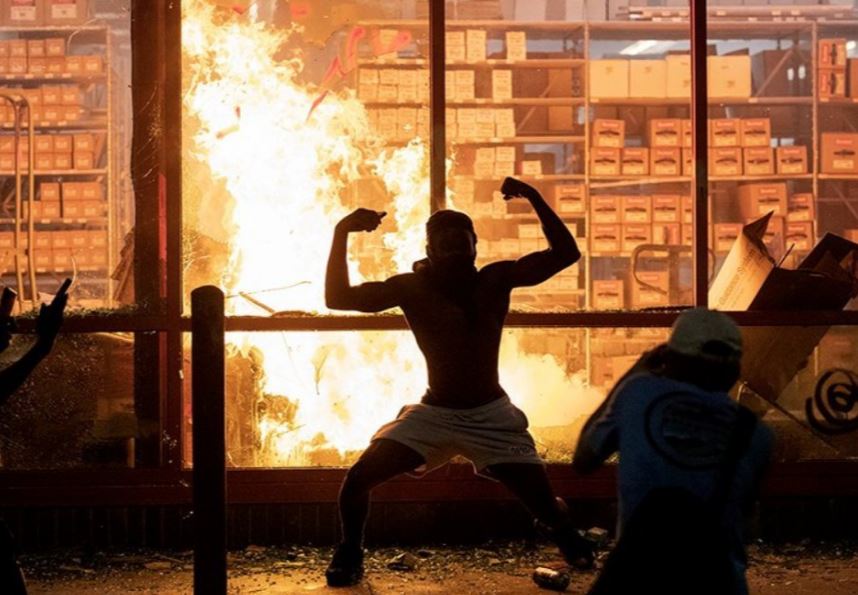 America has never been an easy place to love. For many of us that relationship has been rife with co-dependencies because when you feel there is no there there, you quickly learn that for you there is no anywhere. You cling to it like a feral child that can’t bear to leave his mother’s dessicated corpse because there never was any life outside of her even after you were born. Life in the most diverse nation on earth is simply a force majeure. Identify with the hurricane if you can, though you may not like what the whirlwind has to say.

Minneapolis is burning. It’s the type of line you’d expect a hipster to write, but the land of big waters is finding a fire has been lit that’s more barbarian hellstorm than it is the warming hearth of Norwegians seeking their Oleanna. It’s just as well. The purifying waters of Lake Minnetonka are infested with invasive zebra mussels now. Loring Park may hold a statue to Ole Bull but the old boy never made it as west to the head of the Mississippi in Minneapolis, chasing the dream of utopia that his poor Scandinavian brothers would seek there. His fell short in Pennsylvania. New Norway it was called and the unfinished castle was for the clouds.

The chaos is boring now. It seemed like something, anything, could happen, but it’s reality television without the catharsis. If you want to find the fascist in America, look for the ones who are expressionless or even smirking. The outraged still believe they live in a country. They still hold onto a memory that was never theirs and from someone else they borrowed.

So goodbye to all of that, whatever that was we came of age in. What context is there anymore for castaways. There’s a few hundred million of them now, floating. But there’s still tomorrow and the promise that might bring. The hope it might be different, even if it won’t be.

There’s always hope in Oleanna though, even if we do have to say goodbye to all that.

Support your wife and kids? Why, the county pays for that, Sir,
You’d slap officials down and out if they should leave you flat, Sir.

And if you’ve any bastards, you’re freed of their support, Sir,
As you can guess since I am spinning verses for your sport, Sir.

2 thoughts on “Goodbye To All That”